Hannah Kanu once lived with her mother and father in a makeshift house in the mountain forest community called Mortomeh. She was two years old when a continuous three-day flooding occurred in the entire Freetown city. Hannah and her mum were relocated to a safer community nearby. On the 14th of August 2017, the mountain partially collapsed, triggering mudslides which completely submerged several houses, and trapped and killed residents including Hannah’s father who had gone back to collect some of their household items.

Hannah’s mother was also hit by a fragment from a large boulder in her left eye. The trauma left her partially blind and unconscious. They were both taken to an Emergency Centre that provided shelter and food. The Mud slide Emergency Centre was closed after three months. They both went back to a nearby community and constructed a makeshift house. Hannah was seen scavenging for food and recommended by one of the SLWT staff for enrolment in the SLWT project.

Upon admission into the SLWT program she was enrolled in a nearby primary school, provided with two sets of school uniform, shoes, a backpack and some school stationery. According to her, she does not have to spend every day on the street from about 7 in the morning till after 7 in the evening to beg for food as she now goes to school. “Mama now gives me some gari every day before going to school although she keeps reminding me the gari will soon run out”. 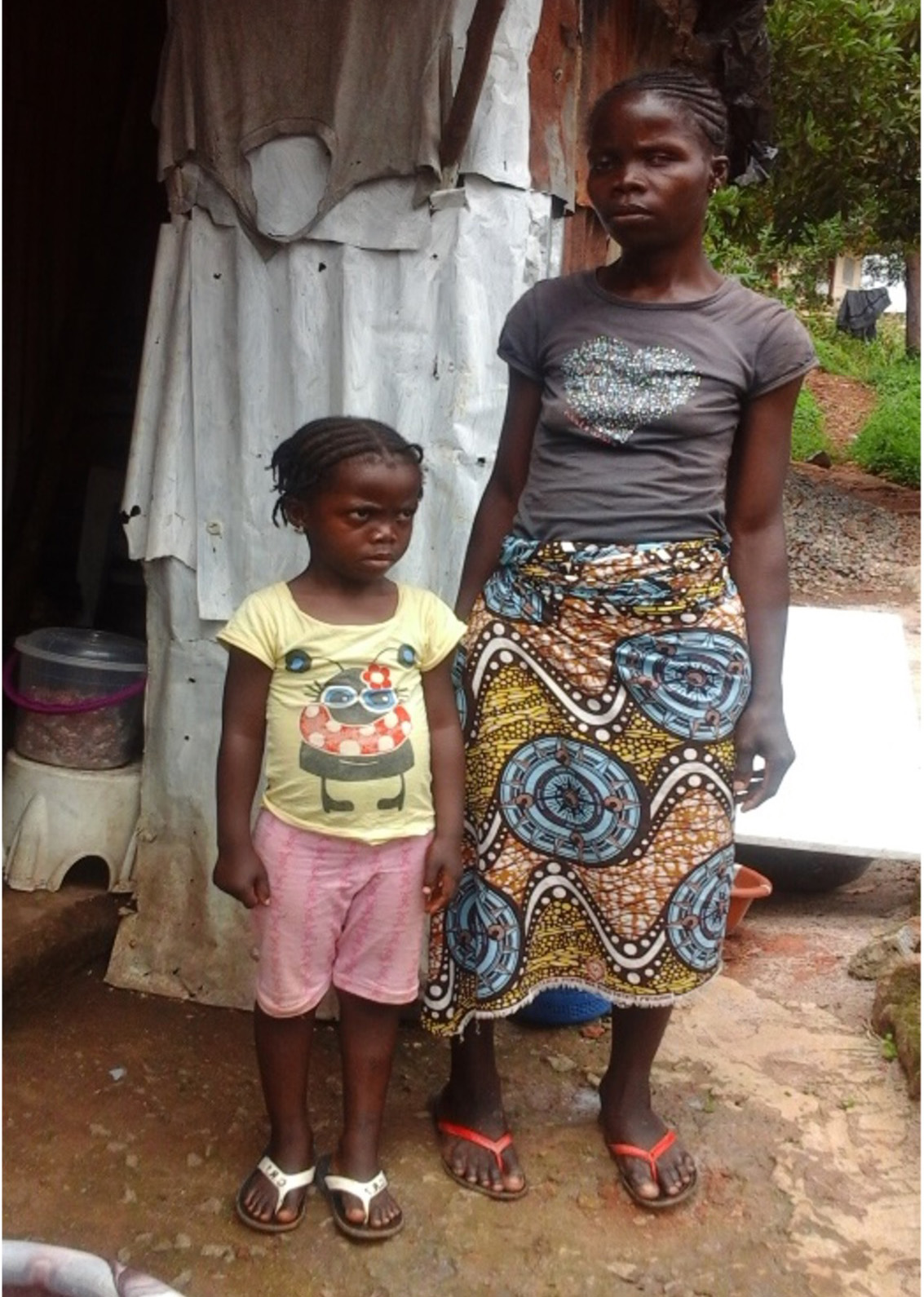