Fatmata Mansaray is the only Ebola survivor of a twenty-five-member family at 2 Kemokoh Drive, Campbell Town, Waterloo.  She was five years old when she lost both parents to the 2014 Ebola epidemic that killed 3,955 people in Sierra Leone. Kuntimy Kamara, a neighbour who is in no way related to Fatmata, adopted her. One month after the adoption Kutimy’s husband, the breadwinner of the family, also died of Ebola.

Kuntimy, her three children and ward Fatmata were taken to a camp for Ebola survivors in Waterloo. During one of my field visits to Waterloo, I met Fatmata sitting by the roadside with an empty tray crying. She told me “Aunty Kuntimy gave me five thousand Leones worth of bananas to sell but I met some boys along the road who grabbed them and ran off without paying”. I went with her and explained the incident to her caregiver, who angrily said “that is your own food that they have stolen for the whole of this week”. 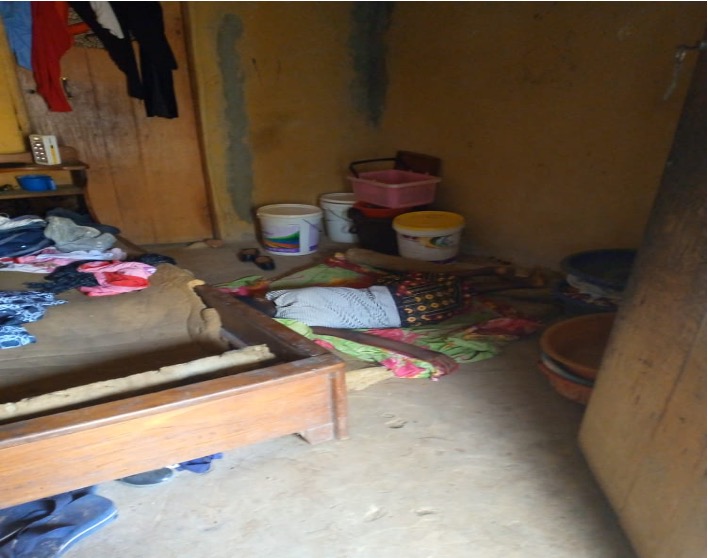 Fatmata sleeping on the floor

I later recommended Fatmata to the SLWT Project and she was enrolled in February 2015. She is now in class six, preparing to take the National Primary School Certificate Exams. Fatmata’s teacher says she is a very hardworking pupil whose grades have improved significantly in the past 2 months. Fatmatta credits this to the morning gari she eats before going to school. “befoe angri kin day katch me nar class. Are kin day feel for sleep, so teacher kin day beat me. Now are nor day sleep again en are day get me sums correct.” 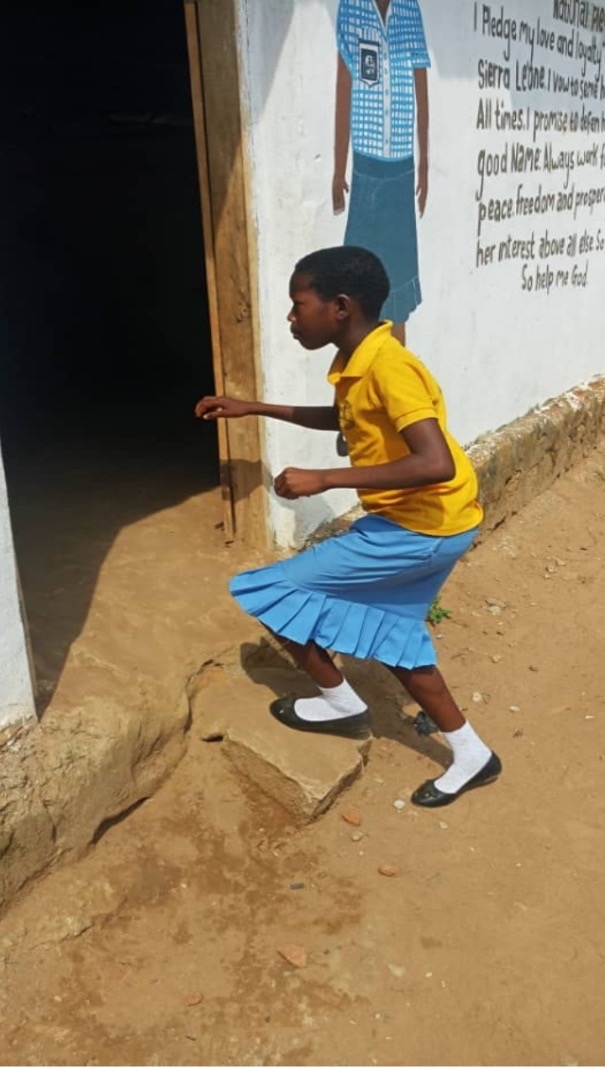